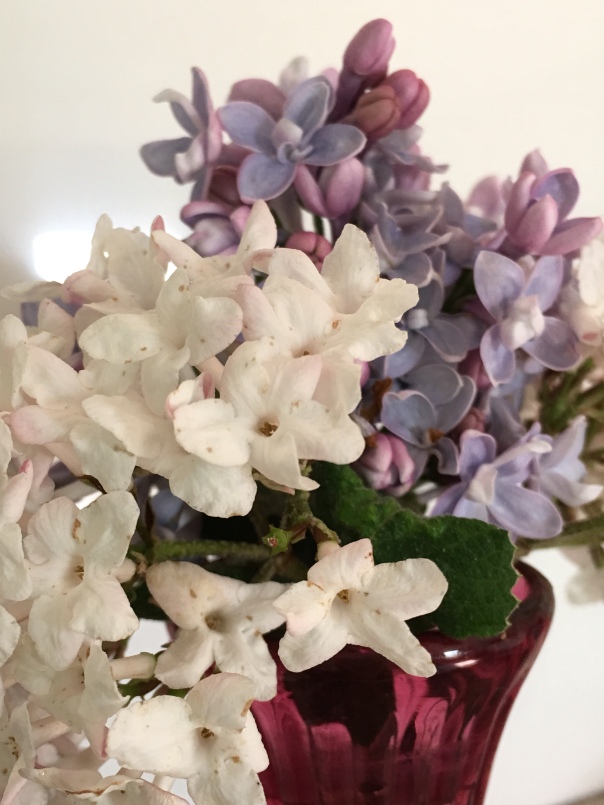 There are some flowers that I plant primarily because of their scent. The vase contains viburnum and lilacs. My first encounter with a viburnum was some years back. I was walking into the library when I noticed this most wonderful smell. I walked up and down the sidewalk until I determined from which plant it was emanating. Then I started poking around until I found a tag which identified the plant. Not too long after that, I was the proud owner of one of these plants. 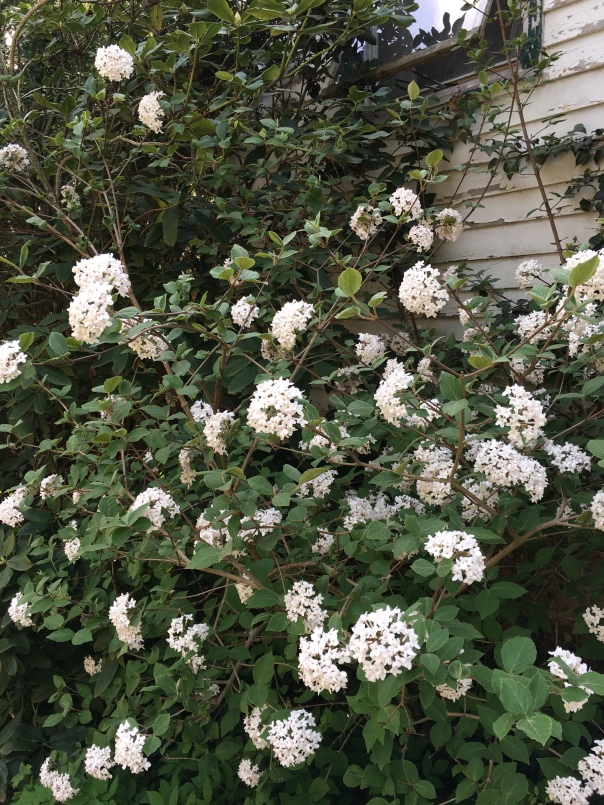 I don’t find it to be the prettiest of bushes but the scent makes it well worth having. Mine is planted underneath a window so that we are often blessed with its scent. I also cut at least one stalk to have in a vase at all times during the bloom season. 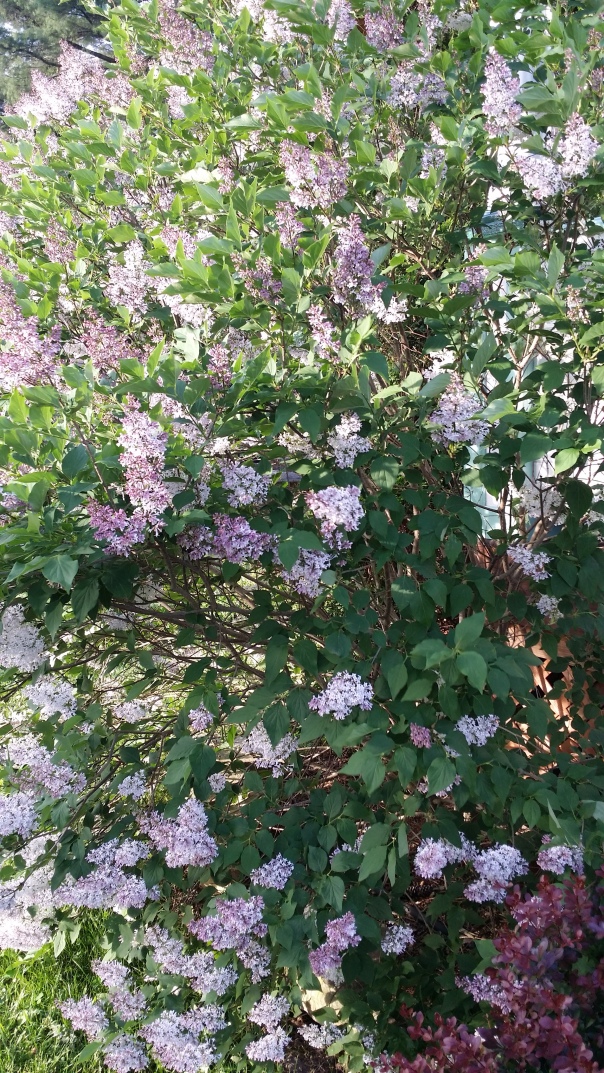 The simple lilac is another gem. It is pleasant to look at but I consider the scent to be its greatest offering. I think many would agree with me as its flowers have been made into perfumes for many a year. Walking around the yard is a treat for the senses during the month of May. 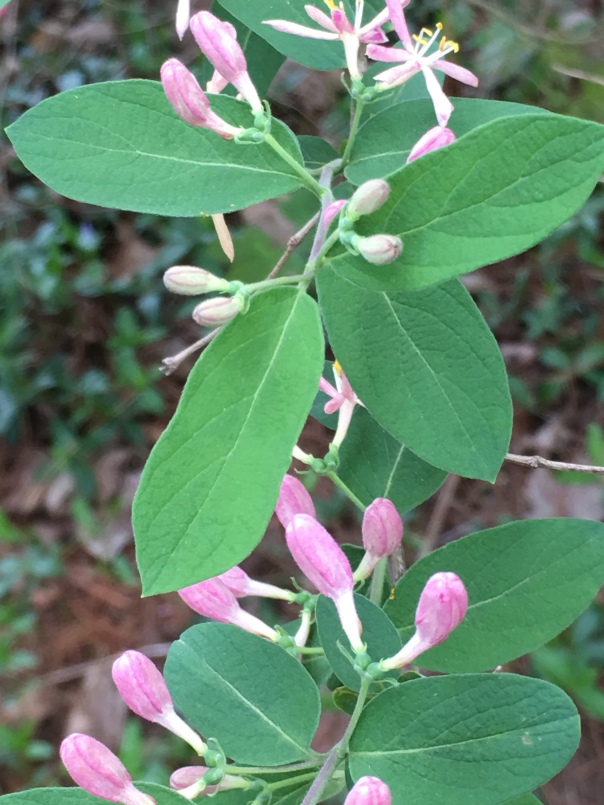 And the humble honeysuckle will be offering up an olfactory delight shortly as well. The month of May offers an awakening of the senses after a long, frigid winter.