Walking around the yard last month, I realized there are a number of plants growing that I didn’t plant. They are added blessings or gifts of nature, if you will. The cosmos all self-seeded from plants that my daughter gave us last year. My favorite is the dark pinkish orange that grew up in the crack between two sandstones. You can see its bare roots, but it is growing tall, nonetheless. 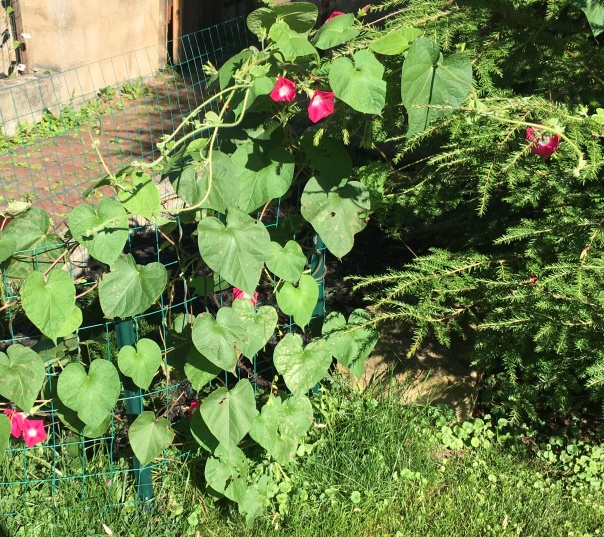 The morning glories reseed themselves prolifically every year and have done so since I first moved into this house. In fact, I didn’t even plant the first ones. They just magically appeared. 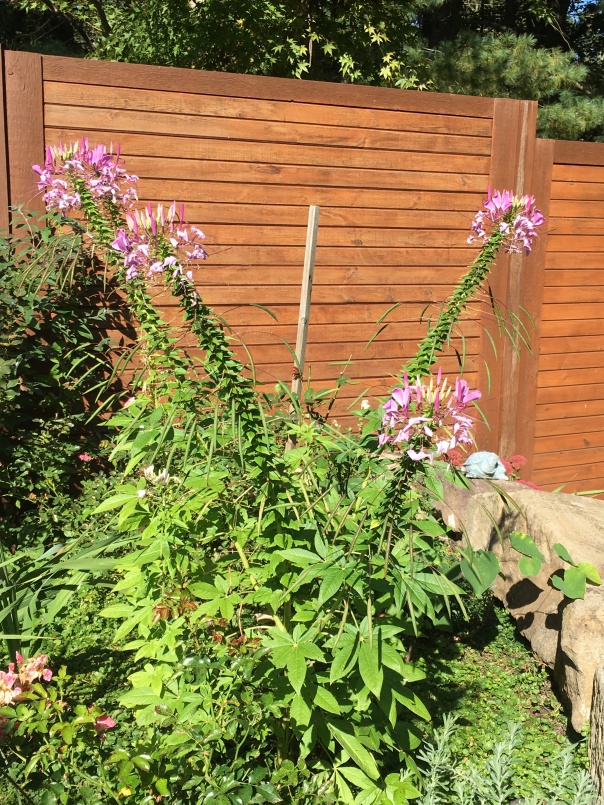 The cleomes have been coming up on their own each spring for several years now. I did plant three of them about five years ago. That next year I weeded out dozens of baby cleomes that sprouted all over my rose bed. Now we seem to get just the right amount and I am thankful for the pop of color they add to the fall garden. 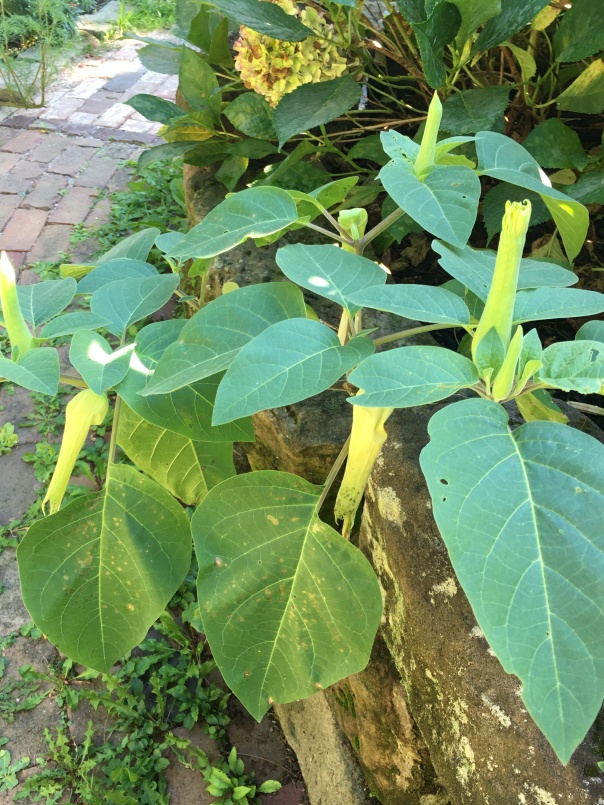 We have a couple moon flower progeny that survive from plants we put in years ago. We get less each year. They seem to have trouble sprouting through the mulch and ground cover.

It is fun to see where these self- sowing plants will emerge in the spring. They often come up in unexpected places. Places where I would never plant them myself but that I later decide is just right. In between flagstones on the patio or coming out vertically between retaining wall stones of a flower bed. Occasionally, I transplant young sprouts to a more prime location. Other times Mother Nature does know best and I let them be.