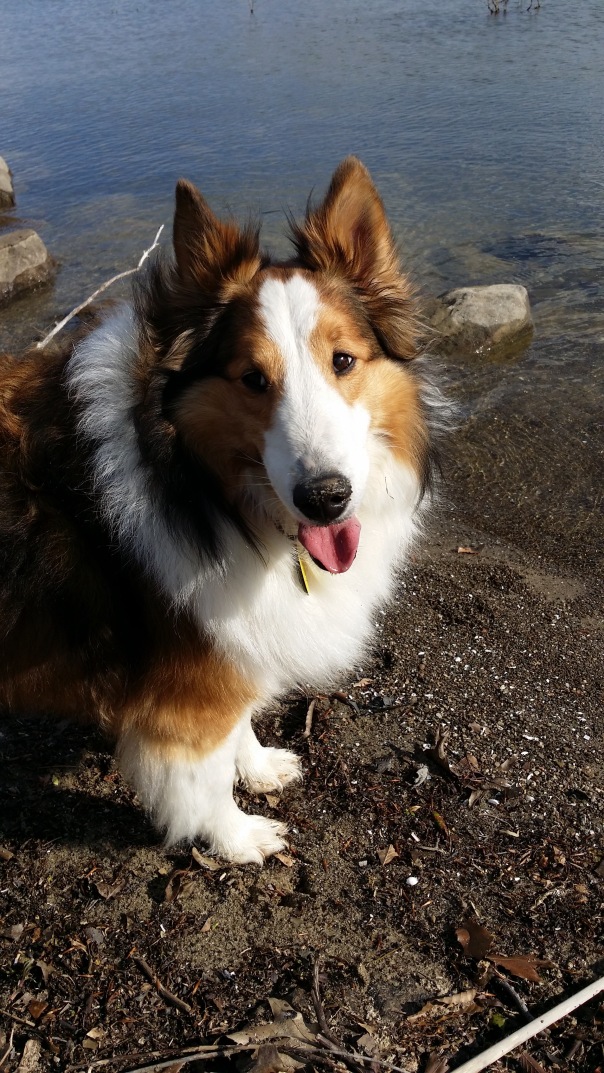 Size isn’t everything. It’s often attitude that is the deciding factor in the pecking order, for people as well as dogs. In this case I’m talking about dogs.

Yesterday the dogs were playing outside and got quite wound up. Cassius began hazing Shelby. Cassius is a greyhound who weighs 70 lbs. Shelby is a Shetland Sheepdog who weighs 32 lbs. The score? Shelby- 1, Cassius- 0.

Shelby was running and barking at a visitor as their car pulled out of our driveway, no surprise there, she is a sheltie. Cassius decided it would fun to bark at her for barking. Then he decided it would be fun to nip at her when she barked and finally he grabbed a mouth full of fur in a play bite that left her with slobbery fur and pulled her enough to move her. Looked like a bite but I know Cassius was playing and there was no visible wound, hence a “play bite”.

Shelby put up with his behavior up to the point where he grabbed her. Then she whipped around and got in Cassius’ face, barking and lunging at him and generally telling him off. She had him backing up while barking in his face. At that point we intervened so it wouldn’t escalate. But Shelby likes to be in charge and maintain control. You don’t mess with Shelby.

Cassius got scolded for putting his mouth on Shelby and spent the rest of the evening pouting and depressed, on the couch. He is such a sensitive dog. If you raise your voice at him, he gets very upset.

But it was just a day in the life. As you can see they do normally get along fine. It was just one of those sibling squabbles. And so it goes.﻿